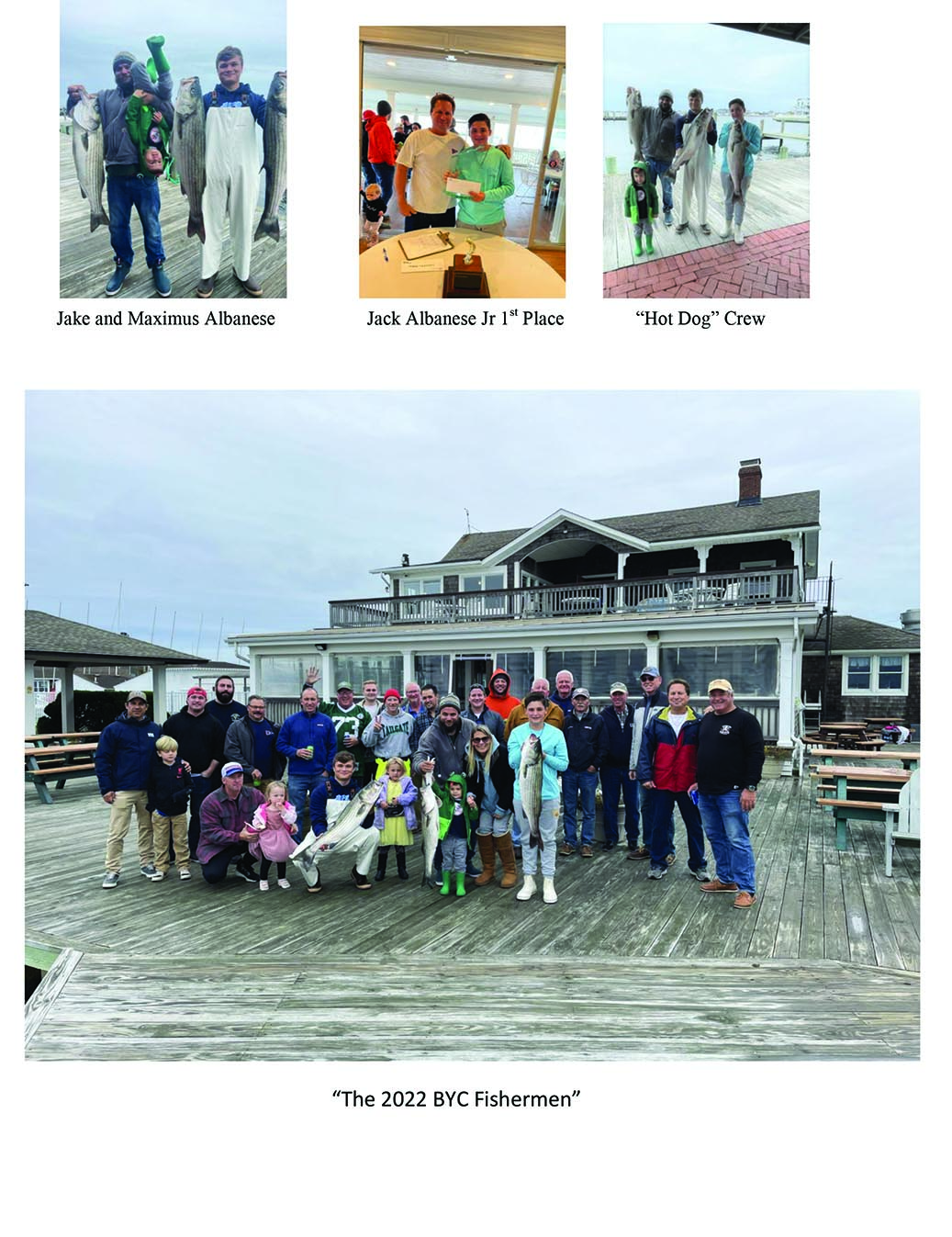 This year’s 2022 BYC Striped Bass Contest was held with 41 anglers on 11 boats participating. Due to poor weather reports on the day of the contest we decided to give the captains an option of fishing Saturday or Sunday since the forecast was for 30 MPH winds on Sunday. Calm seas with an abundance of bait way to the west off Jones Beach made Saturday a great day to fish. Even with so much bait available to everyone who fished in the ocean that day, only 3 qualifying fish were caught and weighed in on Sunday and they all came from my son Jake Albanese’s boat “Hot Dog”.

Dolphins were putting on a show and a few whales were also breaching in some areas. It was fun sharing information with texts back and forth to help everyone’s attempt to catch fish. “Tough Decision” (who was a guests boat) ran all the way from Ocean Beach to Jones beach because of the reports that were being shared. That’s over a 20 mile run from where he was fishing. He was rewarded with a huge bass of over 50 pounds so the run was worth it! Releasing a fish of that size is often once in a lifetime.

On my boat “Stormy Petrel”, we also had a fish over 50 pounds and it was the largest that I have ever caught and released. During the day pictures of bass were being texted along with videos of whales breaching. New regulations for striped bass are 28 inches to 35 inches in length to keep, anything smaller or larger must be returned to the sea. After a few quick pictures the large fish were released.

At the tournament weigh in a delicious buffet was served. Thank you to my wife Yvonne and daughter Marianna for doing all the food organization and cooking our much
requested Pasta Fagioli Soup.